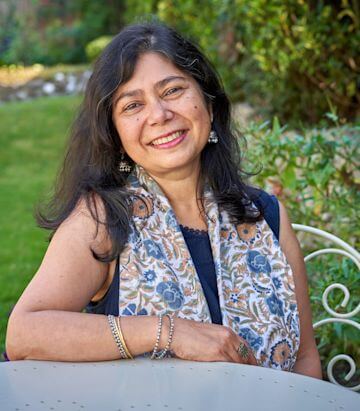 Arthur Conan Doyle and the Mystery of the Parsee Lawyer

Edalji, a young Indian lawyer, is convicted of mutilating horses in a Staffordshire mining village in 1903; he appeals to Arthur Conan Doyle to clear his name. The creator of Sherlock Holmes accepts the request and proceeds to investigate the case.

Based on letters, police records and home office files, Shrabani Basu goes on the trail of Arthur Conan Doyle as he wears the hat of Sherlock Holmes and uncovers the dark secrets lying in the English countryside. It is the only case that Conan Doyle investigated personally.

Shrabani Basu is a journalist and Sunday Times best-selling author. Her books include the critically acclaimed ‘The Mystery of the Parsee Lawyer’ (2021), ‘For King and Another Country’ (2015), ‘Victoria & Abdul’ (2010, now a major Oscar-nominated motion picture) and ‘Spy Princess: The Life of Noor Inayat Khan’ (2006).

Shrabani is a frequent commentator on Indian history and Empire.