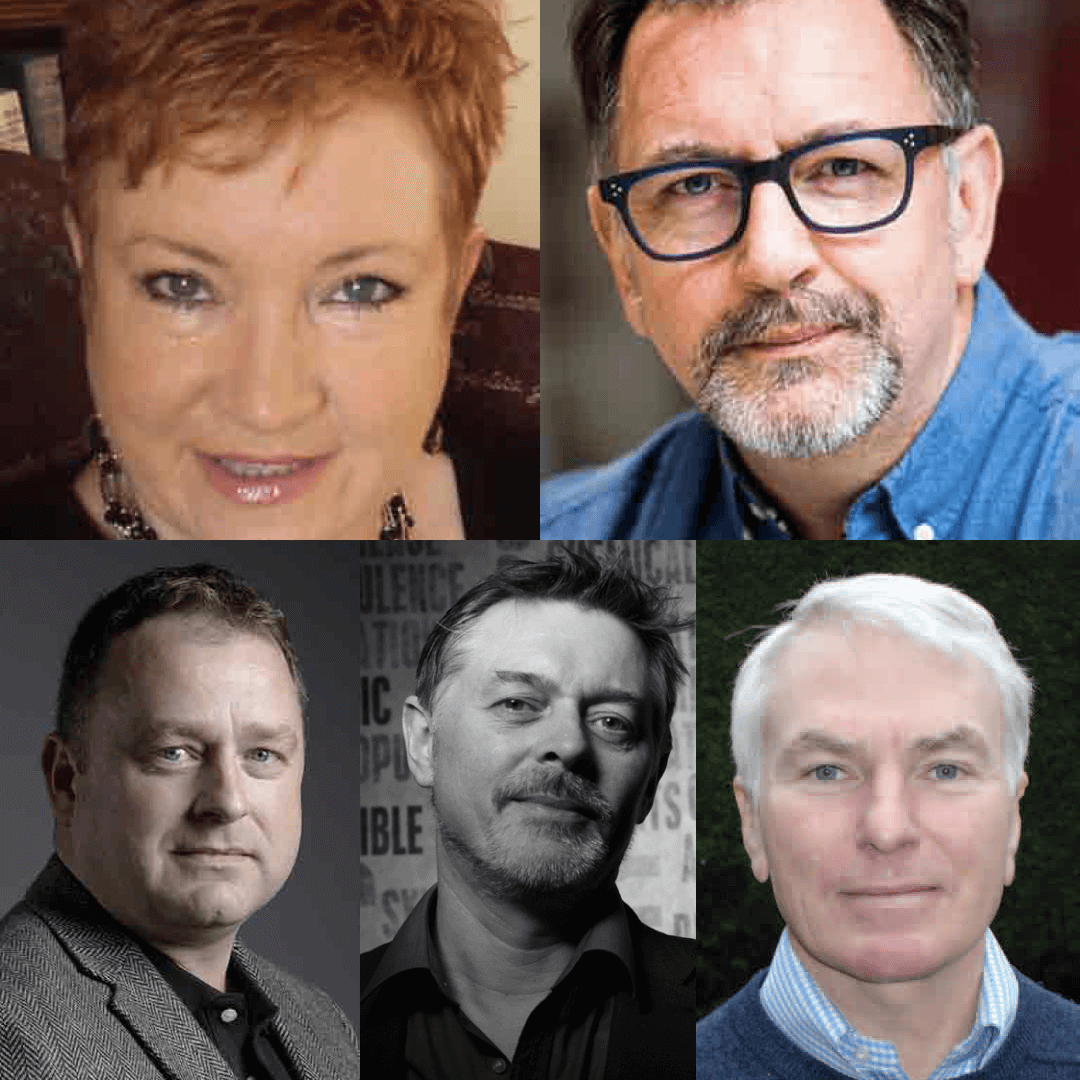 Does crime pay? Four local crime authors consider whether – in terms of writing – it does. They reveal where they find their inspiration, how they approach telling the story and discuss the various routes to publishing.

Award-winning author Denise Beddows is a member of the Society of Authors and the Crime Writers’ Association. She writes true crime fiction and, as DJ Kelly, local history. Her most recent crime/espionage thrillers, The Hunt for WOTAK, When the Grey Wolf Sings and A Long Road to Revenge were Amazon top ten best sellers. Her True Crime books are Odd Man Out – A Motiveless Crime? and The Cheetham Hill Murder – A Convenient Killing? Based in Chalfont St Peter, she has a background in research, investigation and intelligence analysis.

Tony’s first crime thriller, Killer Intent, was selected for the Zoe Ball Book Club and is to be adapted for TV. His most recent book is No Way To Die.

Chalfont St Peter based author Tony Kent grew up in a close-knit Irish family in London and studied law in Scotland. Having boxed internationally and won a host of national amateur titles, he subsequently became a top-ranking criminal barrister, whose case history includes prosecuting and defending many high profile, nationally reported trials.

‍John has published two Danny Felix novels with Bloodhound Books, Standstill set in London and Godsend set in the Florida Keys. John is also a TV producer. His eclectic portfolio of high-profile shows include Britain’s Ultimate Pilots: Inside the RAF, Britain’s Flying Past, Staraoke, Best of Friends, Skatoony, Noel’s House Party, Through the Keyhole, SMTV:Live/CD:UK, How Euro Are You? and live coverage of The Oscars with Barry Norman.

‍Paul is the author of the historical crime thriller Blackwatertown which is set on the 1950s Irish border. He is an award-winning BBC producer and co-host of the We’d Like A Word books and authors podcast. Paul grew up in Belfast and was a TV and radio reporter during ‘the Troubles’ there and in other parts of the world. Paul once made Pelé his dinner, created a G8 Summit in a South African township, went undercover in Zimbabwe, conducted football crowds, reported from Swiss drug shooting-up rooms, smuggled a satellite dish into Cuba and produced the World Service’s live coverage of the 9/11 attacks on America. He now lives in Chalfont St Giles, has a blue book house on his front fence and books the bands for the Seer Green Beer and Music Festival.

‍Mark Webster is an international journalist with a long history in broadcasting and print. He was a leader writer on the London Evening Standard, Africa correspondent for the Financial Times and Business and Economics Editor, Moscow correspondent and Ireland bureau chief for ITN. More recently he was chief spokesperson for the Liberal Democrats and Director of Communications for the Charities Aid Foundation. He lives in Chalfont St Giles with his family.